I am often asked how the gates work on the QEII marina in Guernsey.

I have produced this explanation and hope it is of assistance. 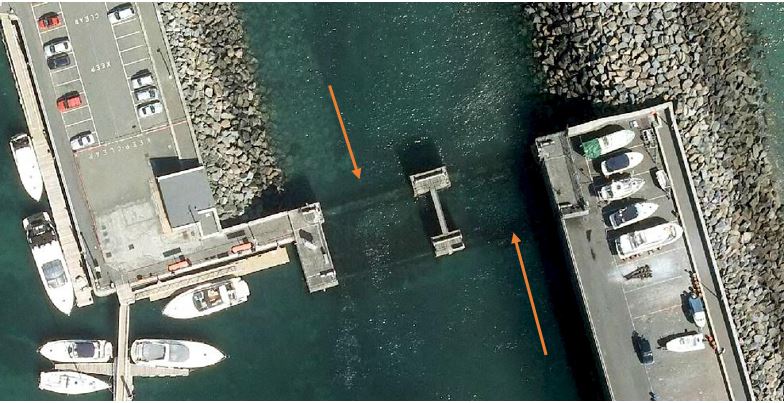 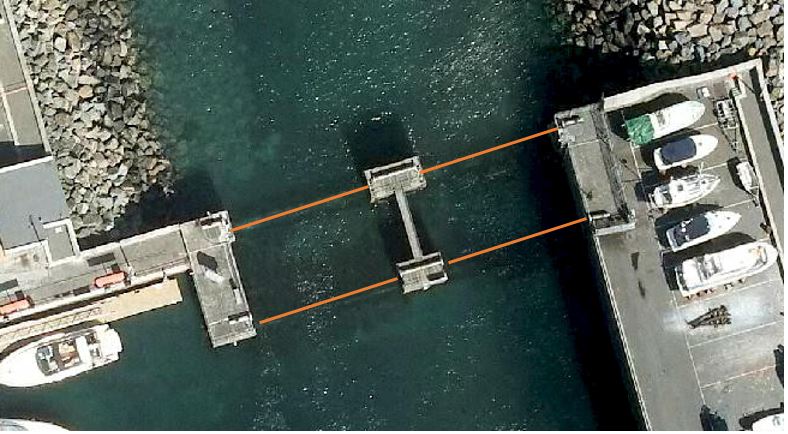 Once you know how the gates work, the logic is simple.

The gates are a flap where the top moves towards the marina. There are wires to the gate which are linked to heavy counter balances in each side of the marina. When the tide comes up, the balances float and the gate comes down. There is no calculation or hydraulic mechanisms. The “traffic lights” work on a sensor which goes green when the gate is in a horizontal position.

The gates, when they are up, are at 4.5m above chart datum. The tide rises and when there is approx. 0.3m over the gate, the gate lowers. This adds an extra 1.0m to make the sill approx. 3.5m chart datum. It is important the gates are fully down to achieve this.

The gates have a 9 inch cylindrical tube that runs along the top which is filled with air. This is required to help with the balancing of the gates and helps them to come up. It also makes a more rounded shape should anyone be unfortunate enough to hit one.

An enterprising harbour engineer painted 2 lines on the wall, one red and one green, known locally as the “doddy lines”. When the wires to the gate line up with the green line, you know the gate is open. When they line up with the red line, they are closed.

When the tide goes down, the counterweights make the gate closed. The force of water exiting the marina on spring tide can cause it to close quite quickly. It has shock absorbers to save it from self-destructing by slamming closed due to the force of water.

The height of the tide of the top of the gate is 4.5m above chart datum. At 4.8m it opens and Digimap’s tide calculations reflect this. When it is fully open, it adds an additional 1m to the depth.

The tide gauge (board) on both sides of the marina (inside and outside) show the depth above the sill when it is closed – the top of the sill / gate flap in its closed position. 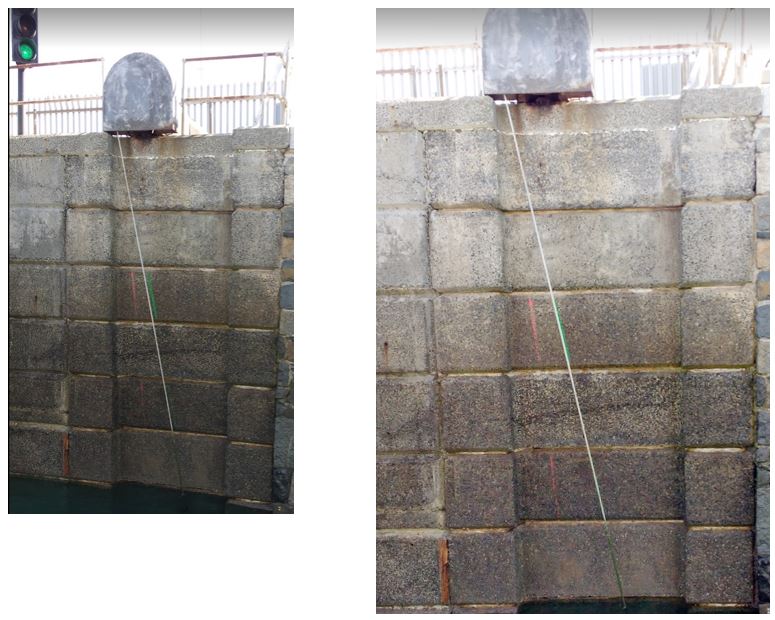 Picture of the gate from the outside (sea side)

The orange light flashes when the gates are neither fully up nor down. 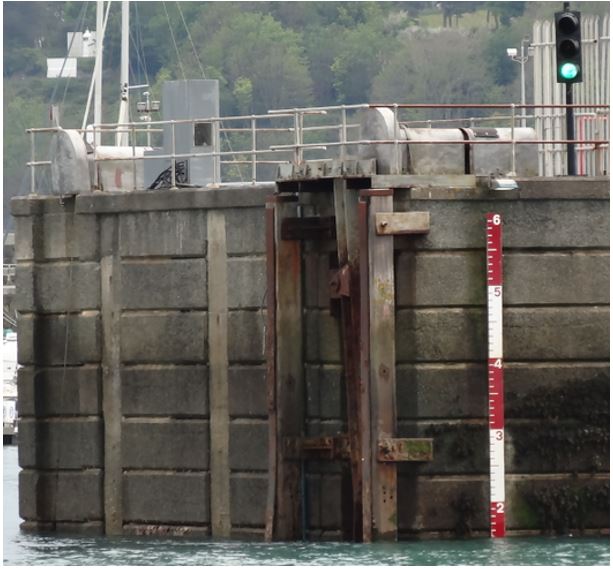