Herm – one of the most beautiful Islands in the World 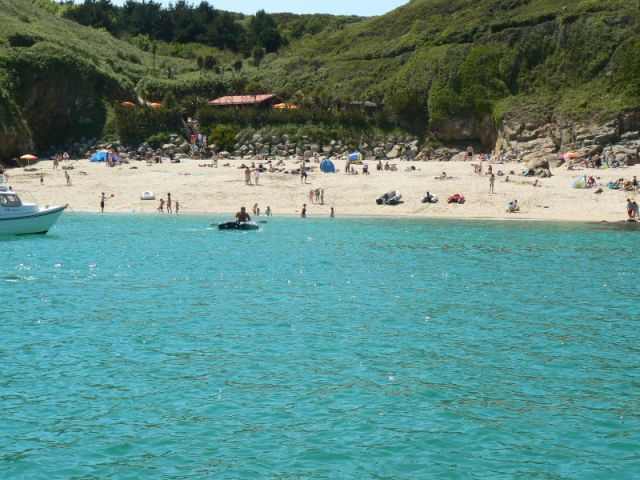 Belvoir Bay – yes the sea was that colour. Very sheltered beach can get busy. Not much sand at very high tide – (c) photos by Colin S Le Conte 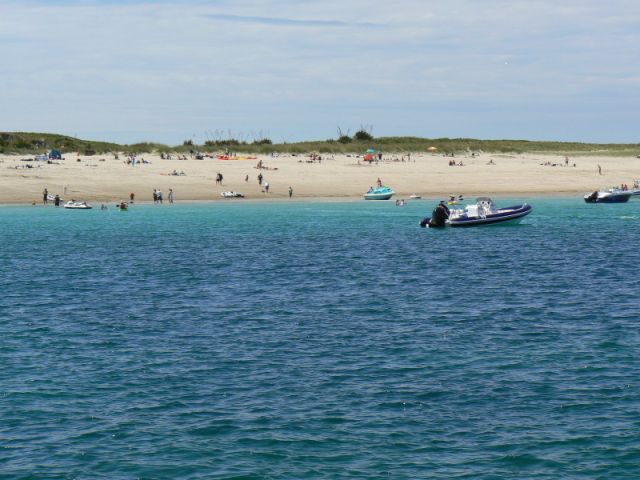 Visit the official website – www.herm.com/ No marina I am afraid – shame – would be a great stopover. Two main places to land people – Rosaire Steps at low water and Herm Harbour at half tide and above. Plus the many, many beaches!

Rosaire steps – quite sheltered by a reef at low tide. Very difficult to land people at half tide or above as so much of it is under water. 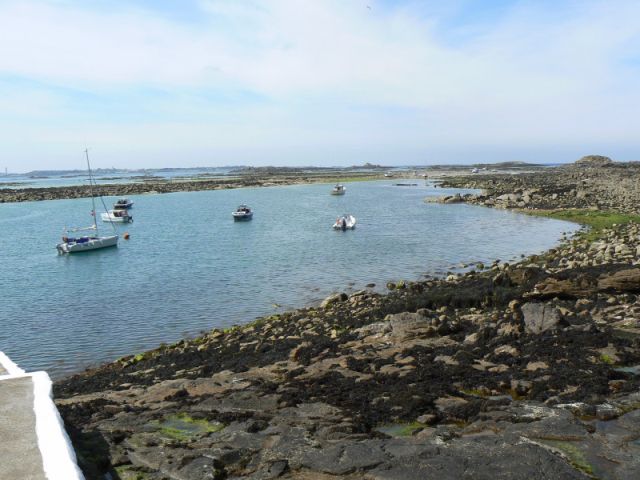 Generally, for motor boats, etc Rosaire steps are only used for 3 hours either side of low water. It may be worth noting that on very low spring tides approaches should be made with extreme caution as it does become very shallow and rocky.

For vessels anchoring around Rosaire it is possible to use inflatable dinghy tenders to land on various higher states of tide, but it can be tricky especially once the tide reaches the main narrow steps, hence people tend to row/motor up to the beach by the harbour, especially as there’s not so far to walk to the pub!

All the moorings at Rosaire are private and shouldn’t be used. There is, however, lots of room to anchor.

2019, John reported “I anchored in Rosiere the other day – close to the 2nd most southerly private mooring buoy (the Trident uses the most southerly one). I was warned by one of the ferry skippers that I might have hooked into a mooring chain (someone else had already been fouled there and had had to cast off his anchor chain).  I got a colleague to dive down to inspect but there was no sign of any hazard and I was certainly OK.   I watched a professional diver crew retrieve the snagged anchor – no doubt at some cost.

I was almost parallel with this second mooring buoy and between it and the Mouette reef.  It was over a low water – I’ve anchored in that spot very often but it is a little close to the reef.  It was crowded that day and there was not a lot of space anywhere.  I’ll go further north next time.  I understand that the large barrel type mooring (third one in) is secured by two or even three chains – never had trouble fouling in that area either.  Think I’ll rig a tripping line just in case but they are sometimes a pain – especially if someone picks it up thinking it’s a mooring buoy!!” – wise advice

Herm Harbour – Good landing point. Steps just around the corner, harbour shallows the more you go in. Do not moor near the steps as the Herm Ferry moors there. 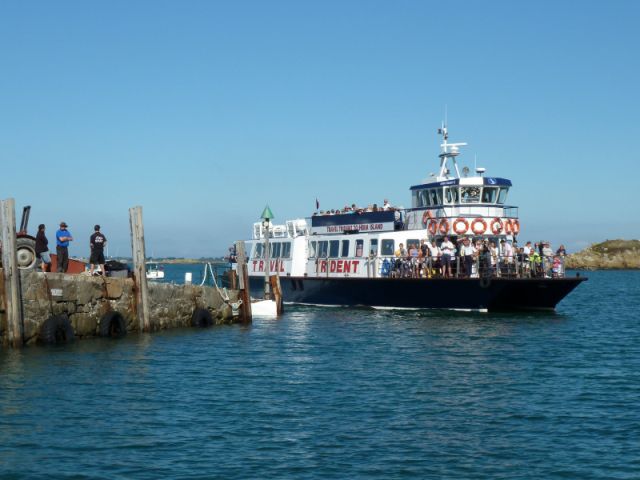 The Travel Trident coming into Herm Harbour at fairly high tide. The steps are marked with white paint

There is a German wall which you can moor alongside. Beware at shallow water as there is a ridge at the bottom which comes out and you can catch your propellers on.

Also – the steps at the end of the pier are not always accessible, especially on spring tides.

Boats do moor up the beach at Herm Harbour and there are some chains you can use to secure your boat bow and stern. 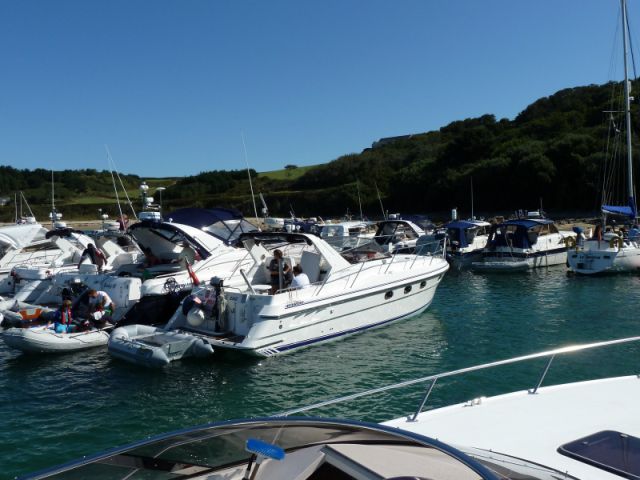 A busy weekend with 2 lines of boats moored, waiting to dry out at half tide

Yellow buoys are available in the harbour and the neighbouring beach. Beware, most if not all dry out at low water (depending on the range of tide) and some have small rocks on the seabed. The harbour moorings being available in exchange for filling in a registration form and a small donation in the Admin Office. 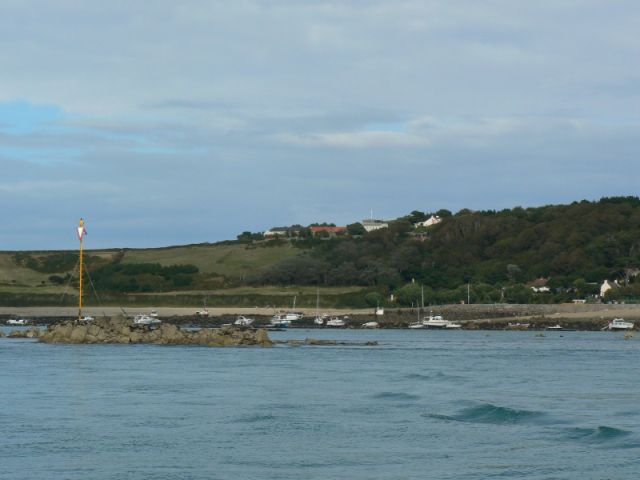 A view of the Harbour at low tide from Vermerette. Note the 2 barrels above the harbour wall which should be lined up. This will take you the other side (north) of Vermerette.

Places to Drink The Mermaid Tavern is a great place to start for a drink.

The Black Rock Grill is only available from June for dinner (not lunch).

The Ship Inn is available for lunch from 12.00.

The Mermaid Tavern is available at lunchtime also

Menus for each restaurant can be found at www.herm.com.

Places to Stay Herm has the White House Hotel, quite a few holiday cottages and 2 campsites

The White House and the Mermaid – visit www.herm-island.com/ The Island of Herm